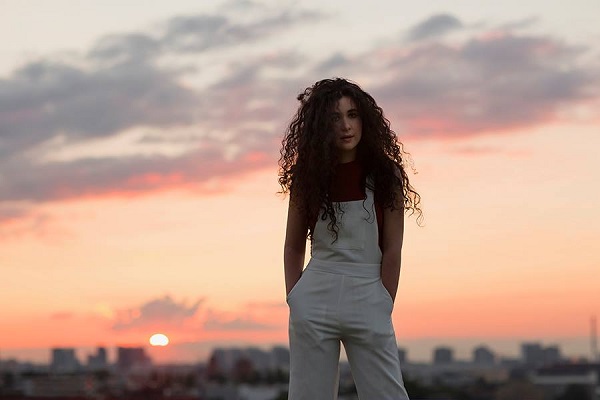 I didn’t grow up like Gossip Girl, I promise!

Manifesto XXI – When did you start playing music?

S.H. – I got a drumset for Christmas when I was 11. My parents probably regretted it though because it was so loud in the house! But I just loved playing, there is something about the immediate response from drums… Then I got music lessons for 6 months, because I wanted to play my own beats. My teacher was amazing, he taught me a little bit of bass, and a little bit of piano as well. So I got the basics. And it’s still snowballing…

Manifesto XXI – How about writing songs, when did that start?

S.H. – My mom is a visual artist, she drew all the time, and so she always encouraged me and my brother to make stuff out of whatever we had. Like, hey, if you’re playing in the mud, make mud-pies! I think I took that spirit to music. […] I write when I’m challenged… It’s about being a human with feelings, and it is what brings people together, to put it very simply.

The hooks and the vibes influenced me

Manifesto XXI – Which artists influenced you?

S.H. – My mom was into Radiohead, and my dad was into Greenday. So I got these arty 90’s rock vibes and the hooks. I went to music school and listened to a lot of jazz, you know, like Nina Simone, you put her on when you’re cooking at night, and it’s just perfect. I’m constantly looking for new stuff, even if I was most influenced by Talking Heads, and all that jazz.

Manifesto XXI – Why do you do music?

S.H. – First I started to get out what I had, very cliché things, but then I realized that it has this power. […] Sharing that in front of Ellie Goulding and her fans is really incredible, it is for the connection, as well as the expression.

Manifesto XXI – Why did you leave the Hamptons?

S.H. – I think I have to explain a little bit about the Hamptons… I didn’t grow up like Gossip Girl, I promise! The Hamptons is the vacation place of the rich and famous from all around the world, but in the winter, it’s a small town. And I was a local. It’s a very different vibe! It’s this strange dynamic of being very close to the powerful and influential crazy amazing people. For instance I have worked in a toy store and Usher came in to play with the puppets! You’re so close yet so far from this world… So I played in the summers solo acoustic in the corner of restaurants, and because I live where I live, I ended up playing for the right person! Very cliché story, but once I have been told that there was this producer in Berlin who was influenced by the same artrock that I was very much into. I happened to have enough money for a plane ticket to Berlin, and we fell in musical love and ended up making a record together!

Manifesto XXI – Do you like Berlin better than New York?

S.H. – Um, it’s tough, because I love New York. But to put it in an image, I had finished Patti Smith’s novel the first time I landed in Berlin, Just Kids, it’s about NY in the 60’s early 70’s, when it was still dangerous, when it was on the verge of being something. And I think that now it doesn’t have that energy, you can’t be an artist in New York, because it’s too expensive. I think that Berlin has the same energy as the NY from Patti Smith’s time. It is evident that Berlin is becoming something, it’s an exciting city. And as lonely as living in a big city can be, that excitement is worth it. Berlin has a voice on the record, to put it in a cheesy way. I have been living in Berlin for nearly a year, but I was back and forth a lot, because I was afraid to live by myself in another city. I had never really left home. But the excitement and the terror are balancing each other out!

Manifesto XXI – Do you miss America, and Americans?

S.H. – I do sometimes! I miss some of the slang that I don’t even realize is slang that I use. But that’s okay, because my Deutch isn’t so good, so we are even in our minor misunderstandings of things! But I should know more German, especially to know what kind of jelly I’m buying… Overall I love the Germans, and they’ve adopted me!

I don’t feel like an American, because Donald Trump…

Manifesto XXI – Do you feel European yet?

S.H. – I’m very much in between! I don’t feel like an American, because Donald Trump wants to be President… […] It makes me feel like « What is my country doing? ». […] I’m definitely floating in between European and American. I’ve been told many times that people have no idea what ethnicity I am. I have German and Italian origins, and my mom is Moroccan actually, so that’s where the hair comes from! 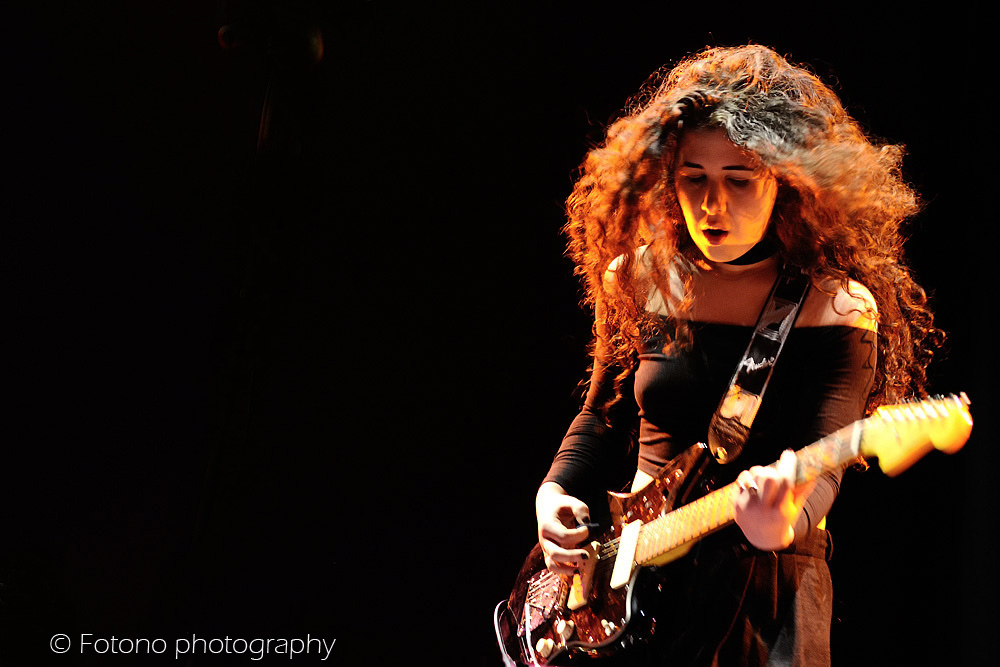 Manifesto XXI – Tell us about your musical process

S.H. – I wrote everything with my producer, but the words are my area, he does not touch my words! Sometimes he helps with a chord to give it more impact. So I came in with the core of the songs, I guess, and he helped me build the world in which it sits so nicely. It came in very effortlessly.

Manifesto XXI – How would you describe your music style?

S.H. – It’s undeniably Pop music, which is something I have had to get used to saying. But Pop isn’t a dirty word! I went to Berkelee, in Boston, for a year, so you know « pop » is a dirty word, it’s all about jazz and indie… So I was trained not to embrace my popness but I just love pop music. So my music is Pop, with hopefully some organic sounds doing electronic-shaped music. I don’t want to make vast generalizations about pop music but it’s usually very clean, all the synths are very round, there is no slightly out of tuned guitar, everything is so bunddled up for you, and I didn’t want to do that. I wrote the whole album from a place of sincerity, I really went through all of these things. And we complemented it with the production. […] [My music is] the heart of singer songwriter music confessional such as Joni Mitchell singer songwriter stuff, with this new electronic with organic instruments production.

Manifesto XXI – Do you think it’s easy to breakthrough nowadays? And do you think you are?

S.H. – I think in this point of time everything has been done. And today everything is so accessible… I wouldn’t say innovation is easier now, because you’re taking from what has been done, but from a much larger pool. You are not directly influenced by the last rock band that was famous, like the Nirvana thing, where all of the sudden there were all these grunge bands! Now you can go back to a wider range of references, so the possibilities are truly endless! It’s still hard to breakthrough if you’re doing something very weird, yet it is being respected also. […]  I think I might be innovating, but it’s hard for me to say that.

Manifesto XXI – Your new EP has a cover song, ‘Stranger In A Room’ from Jamie XX, how did you choose that song?

S.H. – The XX, and Jamie do so much with so little. A base, a guitar, the production, and three voices… I have always been fascinated by their arrangements. « In color » is a brilliant album from start to finish. In Berlin, there is a party scene but the lyric [of the song] is the dark and the lonely side of this party scene. As a person moving to a big city, you feel like a stranger, so it captures a time and a basic emotion I was having, that’s why I decided to cover it. This song is a piece of my skin. I don’t think that I could do what I do if I didn’t believe fully in the things I’m saying.

On a rencontré Rag de Barbi(e)turix