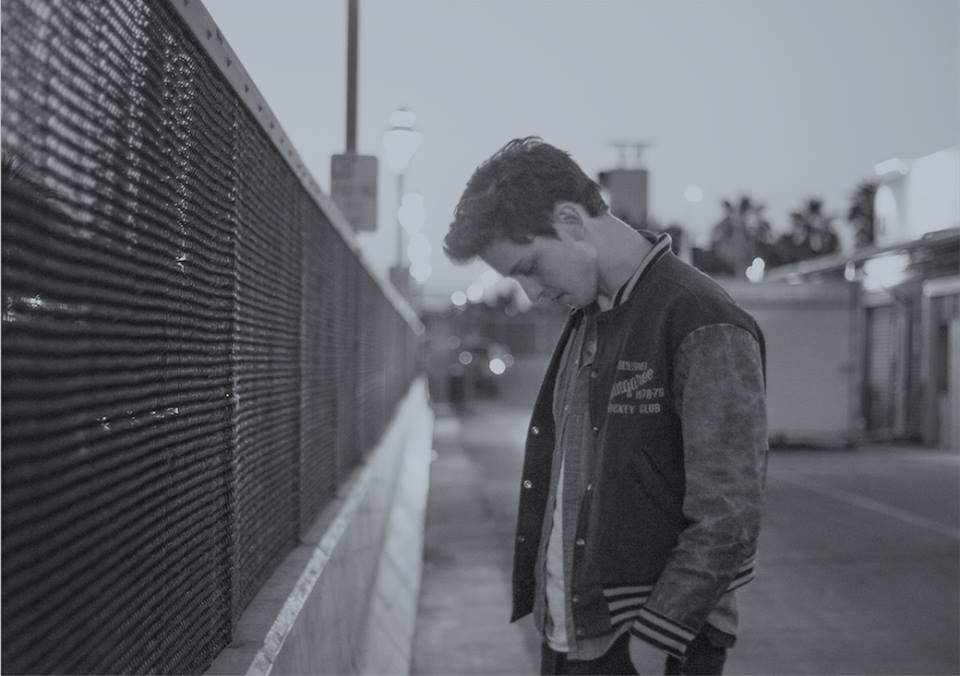 MXXI – You used to play bass with Said The Whale ; do you still tour with them, and if so, which project are you privileging between this one and Ekali?

E : I started Ekali a mid-year ago, when I started we were touring a lot, I think we toured five months last year… But this year we had to take a break, and things have sort of picked up for me over the past few months. I’ve got a lot of time to do things on my own right now because Said The Whale is sort of taking a little bit of a break. I’m not touring anytime soon with them but I am touring pretty much through the whole year on my own as Ekali. I’ve got a lot more time to focus on my own project right now, which is cool.

MXXI – What made you start music production?

E : I was more into writing songs, and playing bass in a band didn’t really allow me to do that. I played the bass parts of the songs and that was it, but I wanted to write full songs with full parts. I tried like playing guitar and singing but that didn’t work out (laughing), I’m a terrible singer… so bad ! For me picking up computer production was an easy way to learn to compose entire songs. That was the first time since I started producing that I felt in complete control of everything, so it was more satisfying for me. It was addicting and I kept doing it.

MXXI – When did you start using electronic gear?

E : I started using Ableton maybe fourteen months ago, so just over a year ago. It was tough, but I worked on it 12 hours a day, so if you work on it really really hard it’s not too difficult, you just have to focus and not get distracted by facebook, twitter and all that stuff…(laughing)

MXXI – Last year you were part of the Red Bull Music Academy in Tokyo, what has been the impact of this on your way of producing?

E : I’m more collaborative now I think, I like to work with people more. Before RBMA I was a bedroom producer ; always in my bedroom, by myself, just making music. With RBMA you get thrown into a room with thirty other people, and you’re making music with them all the time. It just taught me how to collaborate more. So now when I make music I sort of tend to seek out collaboration more than I used to.

MXXI – You were recently sampled by Drake, how did this happen?

E : I don’t even know how it happened, I’ve never spoken to Drake nor to Party Next Door. Basically Drake’s agent emailed me something like : “this song is coming out in four days and we need to make a deal right now”. I thought it was a joke. The subject was “Drake sample”, and I was like… Drake didn’t sample me, that’s ridiculous… But they sent me the song, I listened to it, and I felt so weird, inception moment…! After that it was just a matter of negotiating a deal, it happened in 4 days, so quickly… I had no idea of it before that.

MXXI – Are you maybe considering other projects with them later?

MXXI – As a Canadian producer, do you think there is a kind of difference between American and European electronic music, or on the contrary a global movement towards uniformisation?

E : I think it’s very different, I think that every city and country in the world slowly develops a sound, like for example Detroit techno back in the days, it was a movement, and this movement is still sort of happening, but on a larger scale because of the internet now. In America you’ve got the Soulection sound which is becoming bigger and bigger right now, in the UK you’ve got bass music, garage, all that stuff, it’s all coming out… so every sort of area in a world has a different sound I think. And for me for example France is just like very lush chords, that’s what I hear in French producers’ music, it’s very lush break chords… and everybody go with a different sound coming out. But besides we’re all constantly sending each other music, giving each other tips, helping each other out… so in that sense there is a sort of global sound emerging.

MXXI – Do you have a special interest for French Music?

E : I do know a lot of French producers, my favourite right now is Le Marquis, he’s incredible, he does a lot of house music, and he’s so good… And then Stwo as well, who is moving to Canada, which is cool… they are my two favourite producers right now from France. And Douchka! (laughing)

MXXI – You do lots of remixes – who are your favourite singers currently for whom you would really like to produce an official remix?

E : For now it’s a dj set, but eventually when I have more original material I want to do a live set. I’m working on a full album right now, so maybe when that’s done I can do a live set, but, for now, I love djing, I really enjoy it so… djing for now, live… next year maybe.

MXXI – In your dj sets you mix productions of yours with other tracks?

E : Exactly, I play most of my club songs live, like my rap remixes or that kind of stuff… But I try to… I mean, I think that a lot of producers, if they turn into djs, don’t really know how to dj properly, and so they end up playing a lot of their music that isn’t very club-accessible in a club, which is not a good idea, so I don’t play my chill stuffs live at all, just the club music.

MXXI – Do you already have a release date for your album?

E : I don’t have a date yet, I try not to set deadlines on my work just because I don’t like to rush. When I rush things, they tend to not be as good as they could be, so it’ll be ready when it’s ready. I tend to take a long time on my songs, some people can make two songs a day, it’s not me, I spend a week on one song.

MXXI : How many songs would you like to put on it?

E : Hopefully ten, ten to twelve I kind of think.

MXXI – Will there be collaborations on this album?

E : Absolutely, there are a lot of people I want to work with… And speaking of that, Aywy and I have an EP that is almost done now, and it will be coming out pretty soon, I think in the next couple of months. 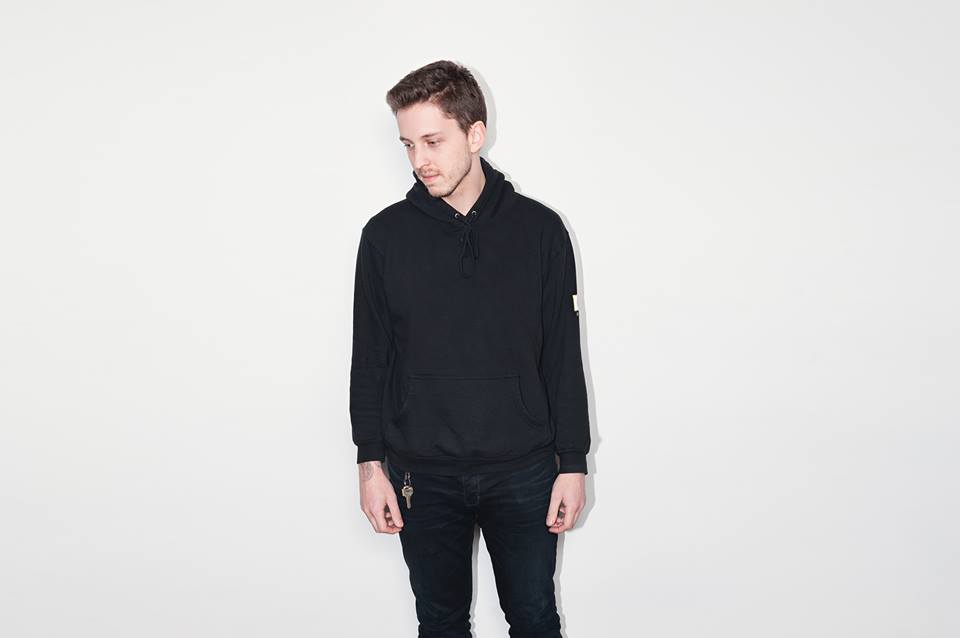 MXXI – Do you have a special process when you compose a song?

E : I never start with drums, not even bass. I would say that… moods is what I start with. I play some chords, I find a sample that I really like, and all of this sort of build a feeling, and then I’ll build on top of that, I’ll find vocal samples or add some percussions or drums. I never start with drums, I find the mood first cause I think that’s more important, and then the other drums can always come later.

MXXI – Would you like one day to have musicians on stage with you?

E : Yes, a few of my favourite producers actually do that, they all play with live bands, and I think that’s a great thing and I’d love to do that. But one thing is that it’s very expensive to pay musicians to play with you, I can’t really afford that now, but maybe in the future I can, and yes, I’m very open to that.

MXXI – We heard that you were learning the violin at a time, so did you learned music theory?

E : Yes I learned classically, so I learned all my theory. I forgot a lot of it but I still know enough to get by. But I’m learning how to play the piano better right now.

MXXI – With the idea of integrating piano lines in your music or for a larger use?

E : This is for everything, for bass, synths… The keyboard is basically just like the everything instrument you know, so… I can play bass well, I can play guitar well, but I haven’t really learned the piano fully yet, so I think that’s my next step. If I have an idea in my head, I want to be able to get it out in 1 minute, instead of 30, I want to able to get it out really quickly, and I think learning piano is going to be the key for that.

MXXI – Last but not least : we heard that you were really into video games at some time, do you still have the time to play and if so, what is your favourite game at the moment?

E : Who told you that?! Douchka…? I don’t really have the time to play but I do anyway… you know what I mean? (laughing) I play League of Legends a lot right now, and I used to play StarCraft II sort of competitively, so I play that from time to time… League of Legends, Destiny… but I try to keep my hands off of it because it just distracts me from what I should be doing !

MXXI – Thank you very much !